10 YEARS OF STAND-UP DESIGN EXPERIENCE : After 5 years of research & development and dozens of prototypes, in 2010, JEFF PEGG patented a creative design and a simple technology to create a putter which STANDS ON THE GREEN , A LEGAL HELP to THE GAME, after it was declared “CONFORM TO THE RULES OF GOLF” by the R&A and the USGA in 2011. Consequently any amateur or professional player in the world  may use  it in any Official Golf Tournament. 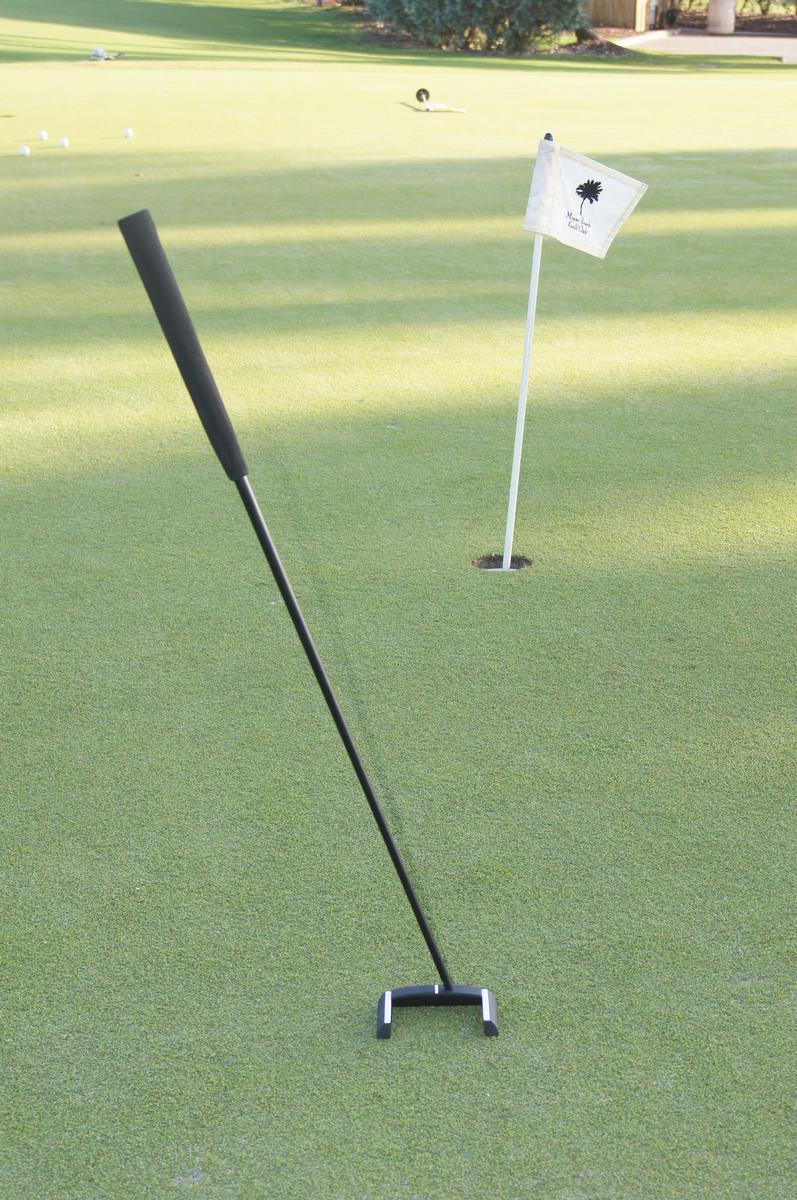 WHAT THE « STAND-UP » PEGG PUTTER BRINGS TO YOU :

After aligning you, you can leave the putter standing on the green, take a few steps BEHIND THE BALL AND THE PUTTER , ON YOUR PUTTING LINE , and you will visualize YOUR REAL ALIGNMENT . Very often “too much on the left” or “too much on the right” , because of your dominant eye. 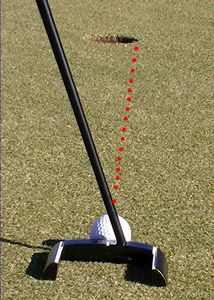 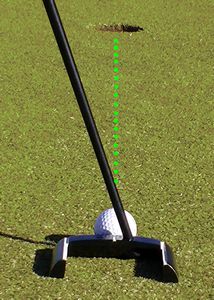 YOU CAN THEN MAKE THE SLIGHT ALIGNMENT CORRECTION, rotating a few degrees  the putter head directly on the green, or when getting back to your stance,  before executing your putt, relaxed and focusing only on your ball speed and distance

What JEFF PEGG invented : Concentrate the active weight of the putter in the head , use a light although  stiff shaft, and a light grip ( under 40g) . The pioneer of Stand-up putters, the PEGG PUTTER has shown the way for 10 years, and inspired other brands.
For star pro players such as ERNIE ELS, the STAND-UP TECHNOLOGY has resolved heavy problems on the green, and improved radically their performance in this vital part of the game : the PUTTING

PUT YOUR PUTTING ON RAILS ! TAKE ADVANTAGE OF A NO-RISK 10 DAYS TRIAL
Immediate money-back if you are not convinced by the benefits of the PEGG PUTTER, and return it to us after your 10 days test.

THE PEGG PUTTER : A PUTTING TOOL , NOT A PRESTIGE OBJECT

Don’t search for a STAND-UP model in the catalog of PING , ODISSEY, TAYLOR MADE , SCOTTY CAMERON , BETTINARDI and similar ( rightfully) reputed brands. THEY DON’T HAVE NONE !!!
The only objectives of the PEGG PUTTER is efficiency, proven assistance to a better score, and YOUR PUTTING PERFORMANCE, without expensive material or manufacturing. With the PEGG PUTTER you will be admired for your putting stats and not for the putter brand in your bag !
FOR THE PRICE OF A STANDARD PUTTER, you can TEST AND KEEP “ a true “PUTTING TOOL” which will eliminate from your score card, the damages caused by too many 10 feet  , slightly unaligned , missed putts . Thanks to its high MOI, you will enjoy too, many more “given” 10-12 yards putts , which will roll nicely to the cup  , well aligned and dosed !

THE PEGG PUTTER ® is especially beneficial to players using a green reading method.

Using the PEGG PUTTER gives a major benefit to players using a green and breaks reading , and target aiming method such as AimPoint® , Zen Putting  ®  or else.
When aligning from behind the ball and putter head with the PEGG PUTTER ® you will be sure to be aligned on the line you have defined as the one to follow, and not make any slight alignment mistake that will ruin the benefits of the green reading system you use.